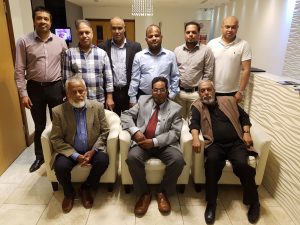 Biswanath 8UK an organisation dedicated to working for the habitants of Biswanath held a Committee meeting on Monday 3rd July 2017 at Crescent Hall, Luton, United Kingdom.

The purpose of this meeting was to review progress of key Biswanath 8UK activities and discuss and plan the Inauguration meeting.

The committee reviewed and discussed progress of the Biswanath 8UK book and thanked the editorial team.

New project proposals were presented by S.I Khan and Sundar Ali (Nozrul) and details of these will be shared with the members at the Inauguration meeting.

The Committee thanked Azad Khan for co-ordinating the Amtoil Project to help disabled people in the village of Amtoil. The project helped 72 disabled people by distributing 1000 taka to each person in need. 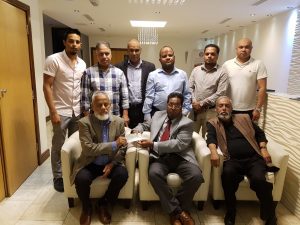 Alhaz Anwar Hussain provided a cheque for £750 towards one of the organisations first project to help improve education of children in Biswanath and the details of this project will be shared with all members during the Inauguration meeting.

The next committee meeting is planned for Monday 14th August 7.30-pm at Crescent Hall, Luton.

The committee agreed on a date for the Inauguration meeting to be held on Sunday 1st October in Luton. All members will be sent invitation with details of the meeting.